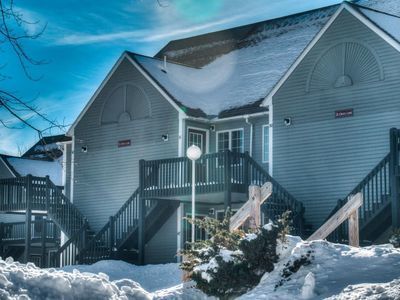 The Riverbend complex is popular for both Owners and Renters, largely due to its easy access to Sunday River resort (it’s located toward the end of the access road, near the Sunday River Brew Pub) and it’s designated stop on the Mountain Explorer Shuttle.  It’s also a quick drive down Route 2/26 to Bethel Village or Route 26 for those heading south to go home.  The complex has a neighborhood feel and historically has been home to groups of friends.  Of course, it derives its name from its location running along the actual Sunday River.

Riverbend owners who wish to rent short-term can have great success on their own or through a rental agency such as Vacasa.