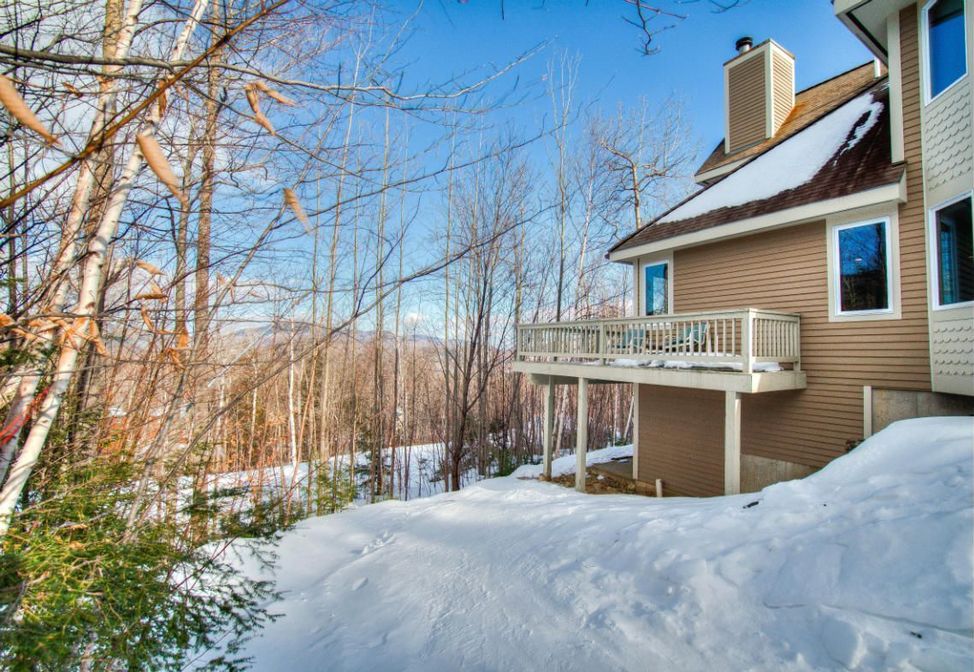 I had a client recently remind that it’s been some time since I have done a Market Update. A marketing guy himself, he knows the value of communicating with one’s customer and client base. It pleased me that he has enjoyed my reports, despite their sometimes inconsistency.

But before I get to it, I need a little prologue:

Since the last time I sat to do my rundown of sales in the Sunday River region I lost my father. How is this relevant? For anyone who knows me well and/or who has followed my business since its 2013 launch, it is no secret his influence was and remains paramount to how I conduct my business and interact with clients, vendors, and anyone with whom I come in conduct in my day to day to business dealings.

I was overwhelmed with the outpouring of testaments from all the folks my dad interfaced with in his 55 years in his profession (50 of those with the same company by the way). His death admittedly derailed me, and it has taken me time to recalibrate. Dad raised me to be resilient, though, and my motto in life has always been “onward and upward”. So, I maintained my business through my grief and fully immersed myself again as the season kicked in, it just took a while to fully regain my routine.

So… with that said, as it has been a while, I will offer a recap of what is happening in the Sunday River region regarding sales of Single-Family Homes, Land and Condominiums. While the trends are not dissimilar to my last report, the overriding story remains a continued pressure on inventory for existing structures (and some land, but more of that in a bit).

Since March 2019, a total of 114 properties of $150,000 and above sold in our market area (Albany Township, Bethel, Greenwood, Hanover, Newry and Woodstock). Of these, 61 were in Bethel and 19 were in Newry. There were 16 sold in Greenwood, six in Hanover, five in Woodstock and three in Albany. Of the Solds, 51 were chalets.

In the same period in the prior year, there were a total of 93 home sales, so not only did we see an uptick in the volume of sales in the past year, but we also are seeing increasing prices. I believe some of it is due to availability of homes in higher prices, but it’s a chicken and egg question: would the homes have been able to sell at those prices a few years ago?

There were some developments that drove part of the pricing increase, particularly in Bethel, which typically takes a back seat to pricing versus homes in Newry: three new construction homes sold in the Caribou Mountain development off Paradise Road at prices ranging from $575,000 to $701,000. Look for more sales in the coming year.

For Newry sales, it appears though the continuing story will be lack of inventory. The so-called sweet spot price range for many second-home Buyers has long been $300,000 to $500,000 and more recently with up ticking prices, upwards of $350,000. Currently, there are no single-family homes available within the access road area (Sunday River area in) in this range, though demand is high. And similarly, higher-end Buyers looking to purchase larger, custom homes have a similar dilemma.

And the pressure on inventory for condominiums is even more so: there are currently just four slopeside condos currently available on the market. Of the 50 that sold since last March, a fair number were multiple offers or came on the market with a Buyer already in hand as brokers scramble to find properties for the eager, waiting clients.

Off-mountain, the Newry condos that sold were In Mountain Vista, The Pines, Red House Farm Village and Barker Brook. The latter at $225,000 was the most recent and indicated that the northward moving pricing is beginning to impact non-slopeside units as well. There were 12 condos that sold in Bethel, six of which were in Eden Ridge, which sold between $152,000 and $219,000. Other units sold in Greenwood (two) and one in Hanover.

In the prior year period, there were 71 condominium sales, so again, considerably lower inventory has driven up pricing and there is no sign of this trend stopping for now (it may be a good time to sell!).

I referred earlier to land Sellers not enjoying the same market benefit of lower inventory. One exception has been the already successful slopeside development, The Glades. After selling out all 13 lots in Phases 1 and 2, Sunday River (Boyne Resorts) made a new offering of eight home sites in Phase 3. All of these have since closed, with prices from $275,000 to $335,000.
Other notable sales include the purchase by the resort of Merrill Hill Estates for $4.4 million. Look for news in the coming years and months on development plans that will be exciting news for Sunday River enthusiasts. Also, in Newry, a Peaks lot sold for $210,000. Large parcel sales included a 466-acre site in Bethel for $599,000, a 70-acre site in Albany Township ($240,000), and two in Greenwood, 251 acres for $229,000 and 283 acres for $195,000.

As inventory for existing structures continues to be in pressured, hopefully more Buyers will look to the varied land options available to build their own custom homes.

And the good news with all of this? Owners in the region must be happy to own here, whether for a second or primary home, which is why they are not parting with their homes.
I will strive to offer an update in quicker time than the last period. Happy New Year!